You are currently browsing the archive for the geo category. 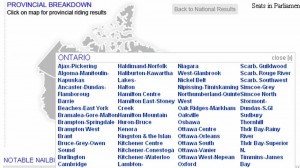 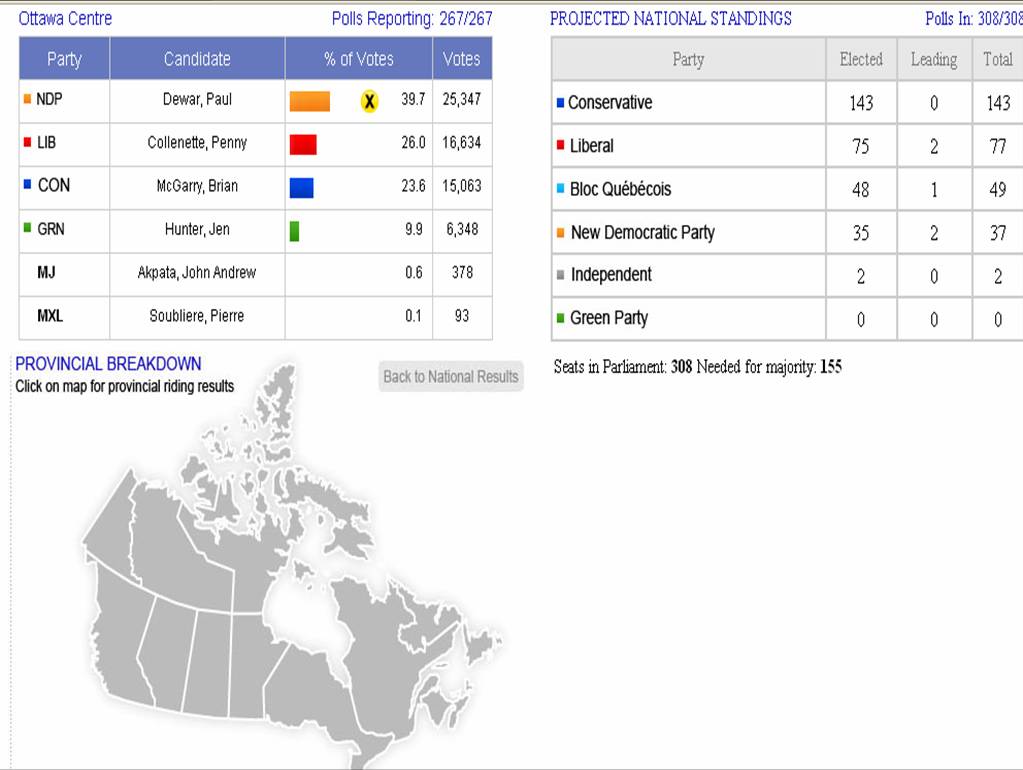 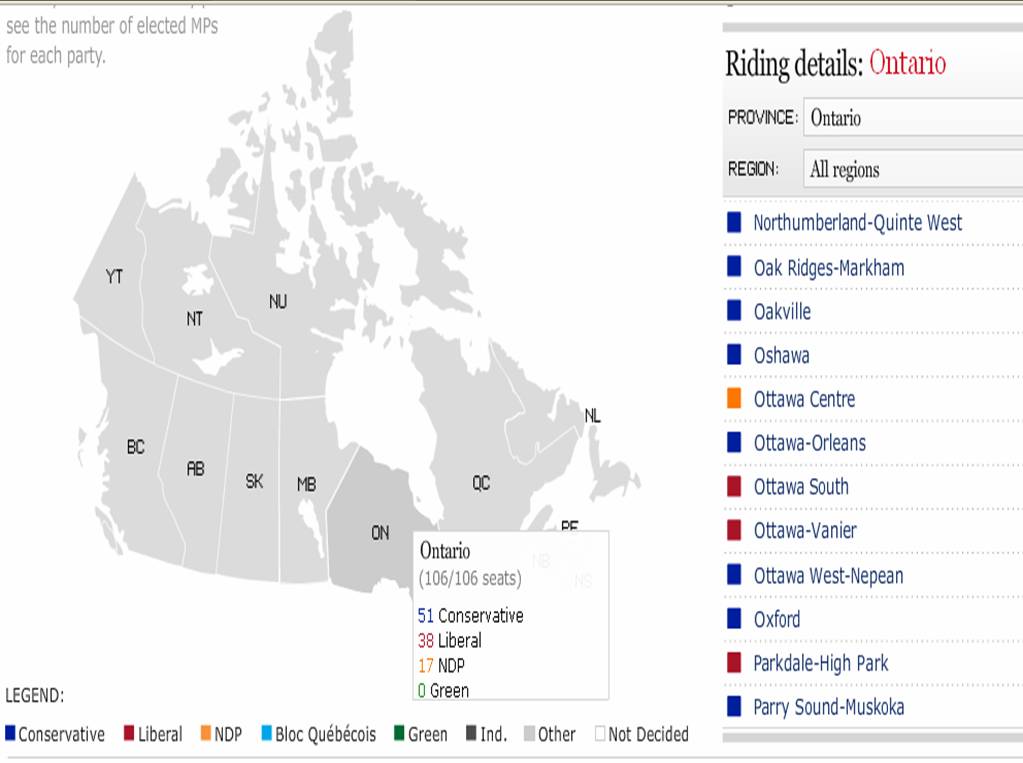 Now you can see what gas prices are around the country at a glance. Areas are color coded according to their price for the average price for regular unleaded gasoline.

Here is the US map.

This study gathered information and data from:

Here are some of the findings:

The study is methodologically heavy toward quantification of cost savings with some information pertaining to access to information and civicness associated to an increase in access to data.Â  It is mild on the latter, primarily because this is hardest and most subjective of measures.Â  But then again so is justice, equality and the good life.Â  I appreciate the quantification of costs, it makes the bean counters happy, I would however like to see more civicness measures and philosophical reasons for more access. I think that would lead to the creation of civic access measures.

btw – I have been a big fan of the editor of this report for years.

I am doing some work looking at broadband maps and atlases. I started off with a trip to the Carleton Map library, I followed some very knowledgeable map librarians around and picked up a huge roll of paper maps to begin exploring this new subject. I discovered an excellent little folding paper map on Digital Inclusion. As I was looking at its sources I discovered that this map was part of a broader and very exciting online Atlas project that includes numerous map themes on social justice, environment, health, etc.

I like these maps because they are aesthetically pleasing, are accompanied by a table of content explaining the themes and indicators represented, and with data sources (aka metadata) that are made obvious and easy to understand. Each map w/its associated information is an overview of an issue. There are membership requirements to access additional data related to the maps.

Finally, this company has an interesting business model. The publication of the paper map was sponsored by Alcatel and is a superb information marketing tool at conferences, the UN, WDB, ADB, OECD etc. It is also excellent swag. Maplecroft is also

a successful specialist research and advisory company focused on the non-financial performance of large multinationals. It has a strong corporate client base and research partnerships with leading international organisations, such as those within the auspices of the United Nations, the World Economic Forum and prominent independent non-governmental organisations.

Primarily a commercial organisation, Maplecroft has formed and facilitated several strong multi-lateral partnerships with business, lobby groups and aid organisations for mutual benefit. It fundamentally operates as a social enterprise, whereby non-profit partner organisations gain from commercial engagements it may form. Maplecroft undertakes a great deal of pro-bono work, and seeks opportunities to contribute to the initiatives with which it becomes involved.

The cost of producing the high quality maps and associated information seen here is in the hundreds of thousands of dollars, the technology is the easy part, it is the cost of the minds and data associated with knowledge production and the maintenance of a reliable and trustworthy product that is really high. Few organizations beyond government can take on this sort of project on. It is most certainly an interesting and ethically driven business model.

Studies on the Value of Data and Information (Mostly GI & Scientific)

There is a very good discussion on how to deconstruct and compare the methodologies and results of the two first documents on the GSDI Legal and Economic Working Group Discussion List. This list has some of the top thinkers in the field of data access from an academic, legal, scientific and public institution standpoint. The list includes an archive that is well worth searching if ever looking for resources on this topic and to hear folks debate the details of these and many other data related issues.

for Operation Iraqi Freedom and Operation Enduring Freedom [Afghanistan]. We attempt to be up to date, precise, accurate and reliable.

There are many other sites on the web that list information of Fatalities from , but few if any of them do this in an analytical fashion. We endeavor to provide not just a list of names but a resource detailing when, where and how fatalities occurred.

You can read their methodology here.Â  I am always happy when I get to see the data and read how they were assembled, this provides me with the means to critically assess what is being presented to me.Â  I love the myriad visualization tools that are emerging on the net however, I wish they were accompanied by metadata which helps me better understand and decide whether or not I trust what is being said to me.

There are alot of data points and even some maps on this site and these folks are commended for doing this work and telling this important story.Â  There is also a list of the Canadian men and women causalities in Afghanistan.

I discovered a very nice 4 pager primer on access to satellite and radar data prepared by Athena Global. The paper explains that EO data (satellite and radar) policy is the set of public decisions and guidelines about:

â€¢ what data will be produced or purchased;
â€¢ how it will be managed and by whom;
â€¢ who will have access to it (availability, confidentiality);
â€¢ how the costs of data will be paid;
â€¢ the price charged to users;
â€¢ who makes these decisions and through what processes.

The paper also discusses how Canadian EO data is determined by the type of sensor, whether it is framework data or specialized data, by who is asking for or wanting to purchase those data and that data policy has an impact

on data usage, and consequently on the integration of EO information into applications, products and services. In this way data policy shapes the potential promise of space programs in EO.

This is the direct link to the innovation rhetoric we are constantly bombarded with and to the argument that the private sector will flourish in interesting ways if data are made available to it and most importantly the direction of an entire industry. The paper also includes the following which is an excellent way to think about data pricing and its effects:

The organization also prepared a brief on ways to think about EO users, and it may be a nice way for CivicAccess.ca to think about when framing debates around citizens and who and what their interests are.Â  EO users are viewed from the perspective of consumers, patrons and partners while recognizing there are different types of users:

The paper explains the EO data use obstacles related to how the data are delivered, cost, lack of knowledge, and so on.Â  In essence the paper argues to match data supply with data needs.

Great article, The New The New Cartographers, by Jessica Clark, from In These Times:

Maps are everywhere these days. The ubiquity of global positioning systems (GPS) and mobile directional devices, interactive mapping tools and social networks is feeding a mapping boom. Amateur geographers are assigning coordinates to everything they can get their hands onâ€”and many things they canâ€™t. â€œLocative artistsâ€ are attaching virtual installations to specific locales, generating imaginary landscapes brought vividly to life in William Gibsonâ€™s latest novel, Spook Country. Indeed, proponents of â€œaugmented realityâ€ suggest that soon our current reality will be one of many â€œlayersâ€ of information available to us as we stroll down the street.

A great map of Australia, as seen by traditional aboriginal tribes. I can’t imagine the Canadian government doing something like this.

One curious note, below the map, the fine print says:

Disclaimer and Warning: Not suitable for use in native title and other land claims

The next stop should be Helsinki

Check out what open public transit data is available in Finland:

I suspect a small minority of transit authorities in Canada may actually have GPS units on board buses, but I haven’t heard of any making the data publicly accessible — and not in such fine form. This is really beautiful to see, but it fills me with shame that we are light-years behind.

Original article in the Guardian:

Is anyone aware of any real-time data being made available in Canada?